So, before you read the headline and scream fathers’ rights in my face, let me tell you my story.  Just over four years ago, I made what at the time was an extremely difficult decision.  Being subjected to emotional, physical and verbal abuse, mostly fuelled by alcohol, I had to decide between staying with my ex so that my daughter did not go through the upset of her parents living apart or taking her out of the situation and hoping it would be the right move.  I knew I had to leave eventually, but I also wanted to stay long enough so that my daughter was at an age where she wouldn’t need such a strict routine that was bound to be disrupted by her father when he had her to stay.

After a good few heart-to-heart phone calls back and forth to family on a day off from work, I decided to finally pack my things and drive the four-hour journey to the safety of a friend’s house.  With only a suitcase of clothes, no fixed plan in place and a dwindling overdraft, I hoped things were going to be okay.  Once at my destination, I decided to visit a police station and report some of the goings on.  However, what I wasn’t prepared for was the response; “What do you want us to do about it?” was the genuine reaction I got from the police officer taking down the details I gave.  Not quite prepared, I simply said that I wanted something recorded in case it was needed further down the line, and left.

I then booked a consultation with a family solicitor to see what my rights were.  Again, I was given the response “there is nothing we can do for you”.  Apparently, since Legal Aid has been cut, the courts don’t want to hear about parental conflicts and so anything we had going on between us would have to be sorted amicably.  I was assured, however, that as the mother I would be recognised as the primary carer.

My third attempt at help was the council.  With no fixed abode and an almost two-year-old in tow, I was sure they would be able to help me.  However, sat in the council offices on the phone to a housing officer, they queried why I went to stay with a friend and not a women’s hostel.  If I was staying in a women’s hostel, they would be able to offer me all sorts of help, they said.  But because I chose to stay somewhere familiar and welcoming, they couldn’t offer me anything.  I burst into tears in front of the receptionist.  Had I just made the worst decision of my life?  Were we about to be homeless? I didn’t give up hope.  I trawled the estate agents and eventually found a small two bed through a private landlord.  Even though I no longer had a source of income and not a penny to my name, the estate agent must have somehow taken pity on me because they agreed to let me sign for the keys.

I applied for every benefit I was entitled to and when it all eventually came through, I was back on the right side of my overdraft and paying my rent on time.  However, I had not completely escaped my ex.  The abuse still continued via phone call and text message and when I blocked both of those, he would email me instead.  My fourth attempt at help was Women’s Aid.  After another tearful phone call, two very nice ladies met me at my house to talk about what was going on.  They had their standard questionnaire, asked a number of questions and said they would be in touch.  A couple of days later I was told that they also could not help me.  Whether that was because I had already escaped or not, I do not know, but it seems that there is not much in place to help victims of domestic violence once they have found the courage to leave their partners.

Anyway, the point is, that I do not have anything legal written down to say that I have 100% parental rights and therefore any decisions I make, he can query.  I cannot cease all contact and stop him from seeing his child as he has ‘rights,’ and he would probably jump at the chance of taking me to court if I did so.  The ‘every other weekend’ arrangement is just a verbal agreement and even child maintenance is paid on his terms.  This all contributes to the fact that he believes he has every right to take his daughter wherever and whenever he pleases, and if I disagree to anything, I am seen as ‘the difficult ex’.  What people don’t appreciate is that without the backing of the courts, the police, or any other institution, I am simply doing everything in my power to keep my daughter safe.  I am not purposely trying to make life difficult.

Since the year we left, I have had many drunken late-night requests to take my daughter abroad on holiday and every single one of them I have ignored.  If I answer with a no, a barrage of abuse will ensue, so no answer at all is the only way I can stop it from happening. I am not just refusing for the sake of it; from experience, the moment my ex steps into an airport, the alcohol starts to flow as he is in ‘holiday mode’.  This was even the case when we took a family holiday, as he was drunk even as we stepped off the plane.  He insisted on carrying Olivia on his shoulders down the aeroplane steps and I can still hear the gasps from the passengers behind me as he lost his footing and nearly dropped her.  At the moment, he visits her at his parents’ house every other weekend, and I am happy with that as there are two other responsible adults to help look after her.  Letting him take her on his own to a foreign country with no one else to look out for her, how can I guarantee her safety?  And why would I subject her to a drunken father and all the dangers this poses? If, God forbid, I let her go and something happened, how could I ever forgive myself?  Not to mention the fact that I would probably also be held accountable for letting her go away with him knowing what a risk that would be.  So, at the moment, I am having to live life on eggshells, saying the right things, and wondering whether a letter will eventually drop on my doorstep inviting me to fight my case in court.  Until then, I will cling on to what little power I do have. 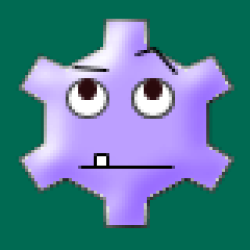 Latest posts by Georgina (see all)
Spread the love
By Georgina January 29, 2019
Leave a comment