When I was a teenager, my friends and I spent a lot of time shopping, reading magazines, and hanging out at each other’s houses talking about horses, boys, and clothes. We didn’t spend much time watching TV, staring at a smartphone, or sitting immobile in front of a computer.

My son, Dylan, is typical of his generation. He lives for computer games and, some days, I barely get two words out of him, one of which is invariably “hungry!”. I suppose it could be worse. Other teenage boys are working for country lines drugs gangs or shoplifting cider from Tesco. My son is, at least, polite and law abiding (he could be hacking into the Pentagon in his spare time, but the FBI hasn’t knocked on my door yet…).

But one thing my son isn’t is motivated. After dropping out of college because it took too long to get there on the bus, he has done nothing useful. With time ticking on and the rest of his mates disappearing off to university, I decided to take a proactive approach.

Talking didn’t work. He’s an expert at telling me what I want to hear. This kid has a Ph.D. in manipulation. When he suggested he might like to join the RAF, I dutifully took him to the careers office (twice) and bought some weights for him, so he could boost his fitness. Needless to say, that went nowhere.

When Dylan’s motivation faded into oblivion once again, I decided enough was enough. He was nearly 20-years-old, FFS!

Desperate times call for desperate measures. First, I wrote into a newspaper advice columnist whose advice is normally spot on. She eventually emailed back to say my email had been shortlisted but was unlikely to appear for at least three months. Not helpful. So, I moved on to Plan B.

My ex-husband lives and works in Laos. He’s currently on wife #3. We have had no contact for many years, mainly because neither of us has much to say to the other. But he’s still my son’s dad, so I decided a bit of fatherly support was in order. I emailed him to ask if he could talk to Dylan. To my surprise, he suggested Dylan go and stay with him and his wife for a couple of months.

“He can come and work with me for a bit,” he said.  “He can do an internship in the various departments and see which area he likes the best.”

I was shocked but pleased that for the first time EVER my ex-husband was stepping up to the plate and acting like a responsible father. Better late than never!

My ex booked flights – in business class no less – and arrangements were made. I still hadn’t told Dylan about my plan, but when I realised his passport needed renewing, it put me in an awkward spot.

“I need to renew your passport…”

“Err…not quite, but you’re going on a trip!”

To be fair, after the initial shock, he soon got on board with the idea. Travelling in business class sure sweetened the deal. By the time he left, in a chauffeur-driven limo courtesy of the airline, he was nervous but excited. I asked him to let me know when he arrived, but deathly silence ensued. The only reason I know he landed safely was because his dad sent a photo of him sitting in the back of the car when they picked him up at the airport.

Since then, I’ve had a few brief messages. My monosyllabic 20-year-old (he had his 20th birthday out there) has become even more uncommunicative. But as he seems happier and more focussed on a future. Last time we spoke, he said he was thinking of doing engineering when he got home. He even mentioned going back to college and then on to university.

He flies back in a month, having spent four months away. In his absence, it’s been bliss. I’ve had the house to myself and my food bill has dropped by at least 75%. No more emergency trips to Greggs for sausage rolls and pasties.

Am I looking forward to seeing him again? Of course, he’s my son. Do I wish he was staying a bit longer? Absolutely!

My email was eventually published in the newspaper advice column. The advice she gave was OK but nothing earth-shattering. However, she had badly edited my email and most of the commenters latched on to the mistaken assertion that I’d given up work to make sure my son ate his lunch each day. What I’d actually said was I had to break off from work to make him lunch, or he didn’t eat. Big difference. Still, it was amusing being trolled by lots of people suggesting I get off benefits and stop pampering my kid.

So, if you have a lazy, feckless teenager, skip the online advice columns and buy him/her a ticket to south-east Asia. At the very least, you’ll have some peace and quiet for a while!

In the meantime, I have an Iceland shop to do. They sell Greggs frozen sausage rolls and pasties… I better stock up! 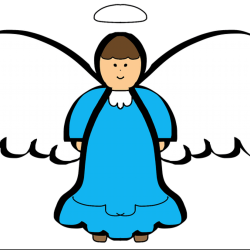 Latest posts by Louise (see all)
Spread the love
By Louise February 1, 2019
Leave a comment